Companion Planting – 60+ Plants and How to Use Them

The concept of companion planting goes back centuries. In nature, diverse ecosystems of plants live together, supporting and benefiting each other.

You hardly ever see an entire field of one plant in nature.

What is Companion Planting?

Companion planting is the practice of planting certain non-crop plants next to your crop plants for a number of benefits:

While it may seem counter-intuitive to the beginner gardener, we actually want to attract certain insects into our garden.

In addition to pollination, beneficial insects such as lady bugs and praying mantises because they eat the pest insects like aphids.

Some companion plants do an especially good job of attracting pollinators with their brightly colored and fragrant flowers.

We plant these around our vegetables with the notion that pollinators are lazy, and while they’re already there for the cosmos, they’ll stay around and pollinate our squash.

Other companion plants emit a strong odor that pests detest.

Garlic, for example, repels slugs and aphids – which is great if we plant them next to our veggies who have a known weakness for aphids.

Plants such as beans, for example, fix nutrients back into the soil, making them available for neighboring plants.

Other plants may absorb nutrients, but make it readily available when they are composted or tilled back into the soil. For more, check out my post on cover crops.

Plants that can be used as ground covering provide a lot of added benefits. Using them as a mulch provides the soil coverage, helping it retain water and prevent runoff during a storm.

They also provide shelter and protection for some beneficial insects such as beetles and spiders.

In addition to the 5 benefits listed above, most can be used a culinary or medicinal herbs, or are vegetable crops themselves! I love anything that serves two, or three different purposes!

I’ve collected a long list of common companion plants below. I’ve listed their common name, followed by the scientific name, and what they’re used for. I hope you find it helpful!

Very attractive to pollinators. Plant a row of agastache away from your crops to lure cabbage moths away. It is also a powerful medicinal herb.

Attracts beneficial insects such as predatory wasps, lacewings, ladybugs, syrphid fly. Can also be grown in place of using mulch for weed suppression. As a mulch, it provides shelter for ground beetles and spiders.

Plant as a mulch to shade the soil and retain water. Also protects ground beetles and spiders.

Attracts beneficial pollinators such as bees, flies, and hummingbirds. Blooms in late summer.

Repels a number of unwanted soil nematodes and asparagus beetles.

Attracts hoverflies and parasitic wasps. It can also improve the flavor of onions.

Improves the flavor of carrots and tomatoes. It repels aphids, carrot rust flies, Japanese beetles, and while flies.

Clovers as a Companion Plant

Adds nitrogen, potassium and calcium when composted back into the soil. Use as mulch. Predatory pest habitat.

Daffodil as a Companion Plant

Deters mice and voles from strangling trees. Plant in a tight circle (bulb to bulb) about 12” from tree trunks.

Attracts pollinators. Brings nutrients to the surface from deep down.

In addition to attracting pollinators, it can be used to make wine! Check out my post on How to Make Dandelion Wine!

Attracts beneficial insects such as hoverflies and parasitic wasps. Helps to bring up nutrients from deep down to the surface.

Florence Fennel as a Companion Plant

(Allium sativum)
Repels aphids, carrot rust flies, Japanese beetles, root maggots, spider mites, weevils, whiteflies, and more. Can be made into a tea or spray for a pesticide.

Check out my post Everything You Need to Know to Get Started Growing Garlic.

Hairy Vetch as a Companion Plant

(Vicia villosa)
Acts as a mulch and ground cover to control weeds. Helps to build up soil and control erosion. Attracts beneficial insects.

Attracts beneficial insects such as hoverflies and ground beetles and pollinators

Lambs Quarters as a Companion Plant

For other uses for lavender on the homestead, check out my post 9 Unique Ways to Use Lavender On The Homestead.

Marigold as a Companion Plant

(Cucurbita melo & Citrullus lanatus)
Leaves are full of calcium. Compost back into the soil.

Check out my post on Everything You Need to Get Started Growing Melons.

Onion as a Companion Plant

While you’re at it, check out my post on Everything You Need to Know to Get Started Growing Onions.

(Petroselinum crispum)
Attracts beneficial insects such as hoverflies and predatory wasps. Dried parsley leaves can be sprinkled on asparagus to repel asparagus beetles and sprinkled around roses to improve their scent.

Want to learn more about growing potatoes? Check out my post Everything You Need to Know to Get Started Growing Potatoes.

Radish as a Companion Plant

Scabiosa as a Companion Plant

(Helianthus)
Attracts pollinators such as bees and ladybugs, particularly those best for squash and pumpkins. Improves the flavor of corn.

(Myrrhis odorata)
Provides food for flies and a habitat for predatory insects.

Tarragon as a Companion Plant

All-around beneficial plant for the garden. It repels insects such as cabbage moths, cabbage worms and snails and slugs. Also improves the flavor of nearby strawberries.

Check out my Beginner’s Guide to Growing Tomatoes post and all of these tomato recipes!

(Valeriana officinalis)
Attracts earthworms and hover flies. It fixes phosphorus back into the soil.

(Achillea millefolium)
Attracts beneficial insects such as hoverflies, lady beetles, and wasps. It also repels aphids. Added to the compost bin, it helps speed up decomp. It’s rich in copper, nitrogen and phosophorus. 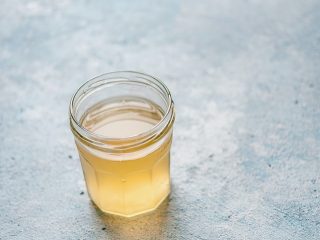 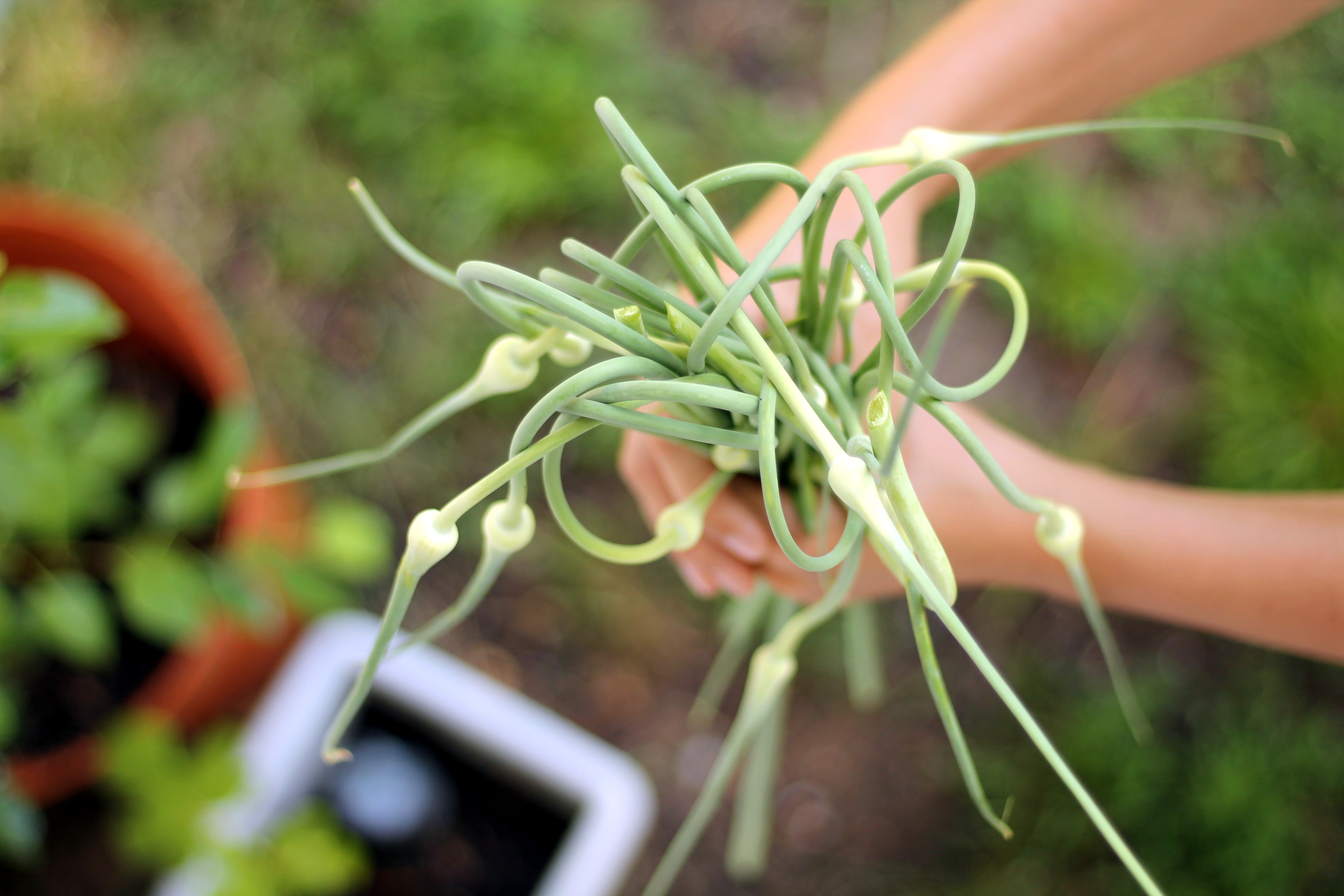 I wish gardening blogs would do like cooking blogs do, and have a link for a printable version of the article. This information would be nice to reference offline and without all the unrelated clutter... Just a thought.

@Fran, Hi. I just open up notepad, I copy everything into it. And I mean everything. I get the name of the article, the website address, the author. Any links in the page I go out to and copy and post where it is in the page. I like to print them off, but I also like all the info so I can go out to the page again. This works for me. Yes it is a bit of work, but I like it. Hope this helps!

Could you tell me what style are you using on your web site? It looks good.

Very informative article. Thanks so much.

Anne In The Kitchen

I'm printing this, so I can look each up and see what will live in my roasting climate. Thanks, for the great info!

What a GREAT list! I'll be printing and referring to it as I get my garden going in the next couple weeks! Heidi 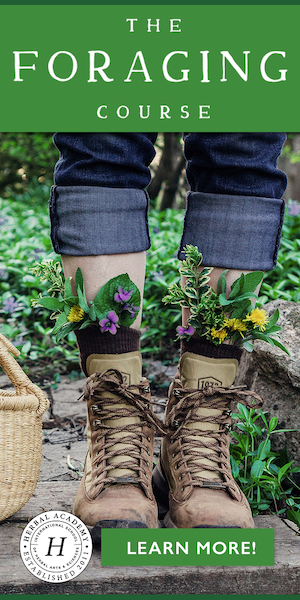