Switchel has been on my radar for years. In fact, I have four (FOUR!) bottles of molasses in my pantry because it’s a main ingredient and I have had plans to make switchel for years.

Touted as the old-school Gatorade, switchel is the electrolyte-filled energy drink of early American farmers.

“Ma had sent them ginger-water. She has sweetened the cool well-water with sugar, flavored it with vinegar, and put in plenty of ginger to warm their stomachs so they could drink till they were not thirsty. Ginger-water would not make them sick, as plan cold water would when they were so hot.”

This health tonic is a simple (and delicious!) drink made out of apple cider vinegar, a natural sweetener of some sort (molasses, maple syrup or honey) and ginger.

Switchel has been recorded in the United States since the late 1600’s, supposedly brought to the colonies from the Carribean. It’s also referred to as Haymaker’s Punch (you can guess why) and “switchy”.

If you make your own apple cider vinegar, or have you hands on a starter culture, this easy to make thirst-quencher also becomes probiotic!

If you’d like to receive more all natural recipes and homesteading goodness, sign up for our newsletter below:

Our ancestors didn’t often do things carelessly. I doubt they created this drink just because it tasted good. They probably noticed the healing, re-energizing effect the ingredients had on the body and developed a healing tonic specifically for work in the fields.

Ginger is known to reduce inflammation in the body, helping the muscles to recover after long hours of work.

A lot of people make a point to try to drink more apple cider vinegar every day. The medicinal properties of it are endless. For those who struggle to take a straight shot of it, or mixed with water, switchel is an easy, delicious way to get your ACV.

While apple cider vinegar doesn’t contain many vitamins or minerals, it does have some potassium, and amino acids and antioxidants. It has also been shown in a lab to lower cholesterol and triglycerides, and lowers blood pressure in rats.

Molasses is also packed full of hay-slaying power. One cup of molasses has 187 grams of sugar. While this seems like a lot (it is!), sugar is what your body needs for quick energy.

In addition to a ton of sugar, one cup of molasses contains 113% of your daily recommended amount of Vitamin B6! B6 plays an important role in helping your body convert food into energy, as well as make serotonin, the happy hormone!

Not only does Molasses help the body by providing it tons of sugar (energy), and then helping to convert it to fuel, it’s also full of Potassium (electrolytes) and Manganese. One cup of molasses has 141% of your daily recommended allowance of Potassium and 258% DV of Manganese! Manganese is used by the body for building and repairing connective tissues, bones and aids in metabolizing fat and carbohydrates – providing your body with more energy.

I learn so much researching this stuff!

Check out this great video on making  the 18th century recipe:

Anyhow, I don’t have any pictures showing the steps to make switchel, because there’s really only one: combine!

The basic recipe below can be modified per your taste as well. Use honey, or maple syrup instead of molasses. Add some sparkling water. Pour it over whiskey. Add some lemon, or mint, or other berries. Have it warm! Have it cold! The possibilities are endless! (Can you tell I’m excited about this drink?) 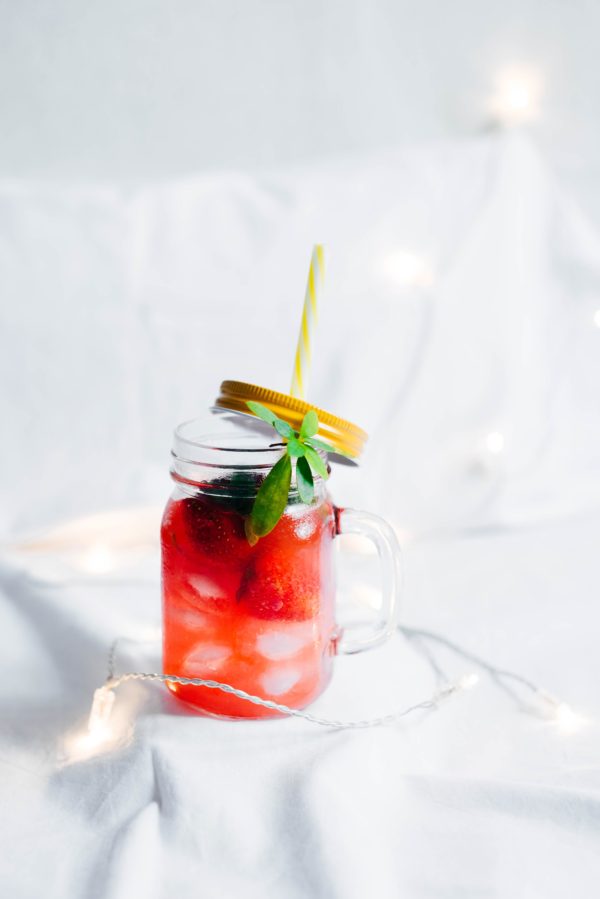