Ever heard of heritage chicken breeds? Learn more about these breeds, and how to choose the right one for your homestead.

Heritage chicken breeds are ones bred from a line that existed prior to the mid-20th century.

The American Poultry Association keeps a close eye on breeding.

The APA began cataloging different types of chickens in 1873 in their Standard of Perfection.

Why Buy a Heritage Chicken Breed?

Chickens have been a staple to the American diet since Jamestown.

Our ancestors wanted a healthy, long-lived, prolific chicken, suitable for life outdoors, that could serve as an egg producer and also a broiler chicken.

Most chickens bred for commercial operations these days are not bred for sustainability.

Meat breeds are bred to grow as large as possible, as fast as possible, so farmers can butcher them quickly, and are a single breed: the cornish cross.

Laying chickens are bred to lay large, often flavorless eggs, as quickly and as often as possible.

The chickens used in modern industrialized farms are hybrid chickens, selected for rapid growth and size.

Since factory-farms account for well over 90% of the chickens in America (9 billion chickens are slaughtered a year for meat, while an additional 300 million are kept for eggs), the genetic diversity of chickens is under threat.

In fact, the American Livestock Breeds Conservancy says that over 36 breeds of chicken are in danger of extinction.

The Livestock Conservancy of the United States tracks the status of heritage chicken breeds as far as heritage egg production and meat production and dual-purpose breeds.

Buying and breeding heritage birds supports their conservation, promotes awareness of the different breeds of chicken, and hopefully continues the genetic diversity of chickens in general.

In my backyard flock, I want chickens who are prolific foragers, who can withstand the heat and cold climates, who are smart enough to hide from predators and will pass those characteristics down to their offspring.

The Ancona chicken originally migrated from Italy to England sometime around 1851.

A black and iridescent green color, speckled with white, the Ancona is inconspicuous and hides well from predators.

After each molt, the white tips of their feathers get larger and increase in numbers.

They are active foragers and lays a medium sized white egg.

While hardy in colder weather, their large comb can get frostbit.

Although they originated in Chile, this breed was further developed in the US.

It is often called “Easter Eggers”, however Easter Egger is not a specific breed, only a term used to identify a breed that will lay a light colored egg.

These chickens are rumpless and tufted instead of having traditional tail plumage, and may also have unusual tufts around the ears.

Both these genes (rumpless and ear tufts) are lethal genes and are very rare.

Their coloring spans the range of brown, black, blue, dappled and everything in between.

They are also well adapted to both hotter climates and cold.

And unlike the Ancona, their combs are small, thus not susceptible to frostbite.

Striking blue in color (or black, black, or mottled), these chickens originated in the Mediterranean.

They are excellent layers and produce large white eggs, often well into the winter.

They also double as an excellent broiler chicken, with large white breast meat.

A large bird, butchered, they average between 5.5-7 lbs.

They forage widely and need lots of room to roam. Confined, they are known to eat their own feathers.

They are rugged, hardy chickens and the babies mature quickly.

One of the largest chicken breed of heritage chickens, the Dark Brahma is often referred to as the “King of All Poultry”.

They are delicately plumaged, with long feathers around their feet.

They were developed from Asian chicken breeds, and brought to America in the 1800’s.

They lay a medium to large sized brown egg but their large size makes them an excellent meat bird as well.

They lay the majority of their eggs between the months of October and May, so if you’re looking to supplement your Winter egg production, Brahma’s are the way to go.

However, they are not prolific layers, and will produce roughly three eggs a week.

They range from medium grey coloring, to silver in color.

Their size tends to make them the top of the pecking order in any flock, and means they can often squish weak shelled eggs.

They have very laid back personalities, and handle confinement well.

However, their long feathers around their feed are a bad combination in cold, wet climates, where frozen mud can stick to their feathers and lead to frostbite.

However, they are excellently adapted to cold, dry climates due to their small comb and thick feathering.

A favorite of the pioneer’s, these black and white barred chickens were brought West with the Gold rush.

Dominique chickens’ popularity rose through the early 1900s and Great Depression because they are very hardy, resilient easy keepers.

They do well both in cold and hot climates.

They are a great dual-purpose chicken.

They lay up to 275 medium-sized brown eggs a year and weigh 4-6 lbs butchered.

They have great, calm personalities, and do better with lots of room to free range.

These flashy, unique looking chickens have a large white headdress on top of their jet black bodies.

While not originally from Poland, they were given the name “Polish” because their tall plumed crests resembled the tall, feathered hats often worn by Polish soldiers.

Bred throughout Europe, they were brought to America between 1830 and 1840.

While naturally good-natured chickens, their behavior can oftentimes be erratic, as their plume often inhibits their vision.

This also makes them easy victims to aerial attacks by predators.

They lay a medium-sized white egg, but their production is not reliable.

The Black Australorp is an excellent, all-round chicken breed.

They are world-record breaking egg layers, producing up to 347 eggs per year.

If you’re looking for black chicken breeds, the Australorps are a favorite.

Their large size also makes them suitable for the dinner table with between 5.5-7.5 lb market weight.

Their black, iridescent feathers are beautiful and their calm, sweet personalities make them excellent pets.

This is one of those rare chicken breeds that got it’s start in America first before emigrating to England in the late 1800’s.

The practicality and economy of this breed made it popular in England, but it had not been labeled yet.

A humble coachman from Orpington, England, began mixing the American breed with others to produce a hardy, fast-growing, meat bird that also doubled as a layer.

While not on the endangered list anymore (as of 2016! yay!) I still want to bring attention to this fabulous all-around bird.

While young chickens are favored for the dinner table, Buff Orpingtons peak at 5 months, but remain tasty as they age.

They are especially favored for their loving, sweet personalities, and their mothering skills.

They have been said to be the “golden retrievers” of the chicken world.

Rhode island reds are perhaps America’s most popular chicken. It is an excellent farm chicken and also makes a great “dual-purpose” animal.

They originated in Rhode Island in the 1880’s and were bred specifically to produce a good number of eggs while also dressing out nicely for the table.

Since the early 1940’s Rhode Island reds have been bred more for egg production and less for meat quality, so conservation efforts are focused on the “old school” Rhode Island red.

They are also known for their hardiness and intelligent, friendly personality.

However that hasn’t stopped them from being a favorite of small farmers for their egg production.

In fact, barred plymouth rock chickens enjoyed huge popularity from their origination in 1849 until WWII.

They were favored as excellent producers of large brown eggs, while being large enough to make a great broiler.

They are hardy, cold tolerant, and have an excellent temperament.

Speckled Sussex’s got their start over 100 years ago in England as a meat bird.

They lay light brown eggs well into the winter.

If you love black and white chicken breeds, the speckled sussex is a favorite.

Their speckled plumage is very attractive and each molt produces more speckles, getting prettier with age.

They are hardy, and excellent foragers and boast curious, intelligent personalities.

They are some of our favorites on the homestead – their personalities are friendly, curious, and they love being held.

Wyandotte’s were developed in New York state in early 1870’s.

Wyandotte was a Native American tribe native to New York, but the connection to the chicken breed is unknown.

They are reliable layers of light to dark brown eggs and are large enough to make good meat birds.

They are cold tolerant, hardy birds. They are white birds, with collars and tails of black or silver.

If you’re new to chickens, or are simply looking to invest in a new breed, these heritage birds make great additions and you will have an active role in their preservation. Win-win!

Don’t miss my other posts: 13 Creative Ways to Lower Your Chicken Feed Bill, The 9 Things You Need BEFORE You Get Baby Chicks, and How to Make an A-Frame Chicken Coop For Around $200. 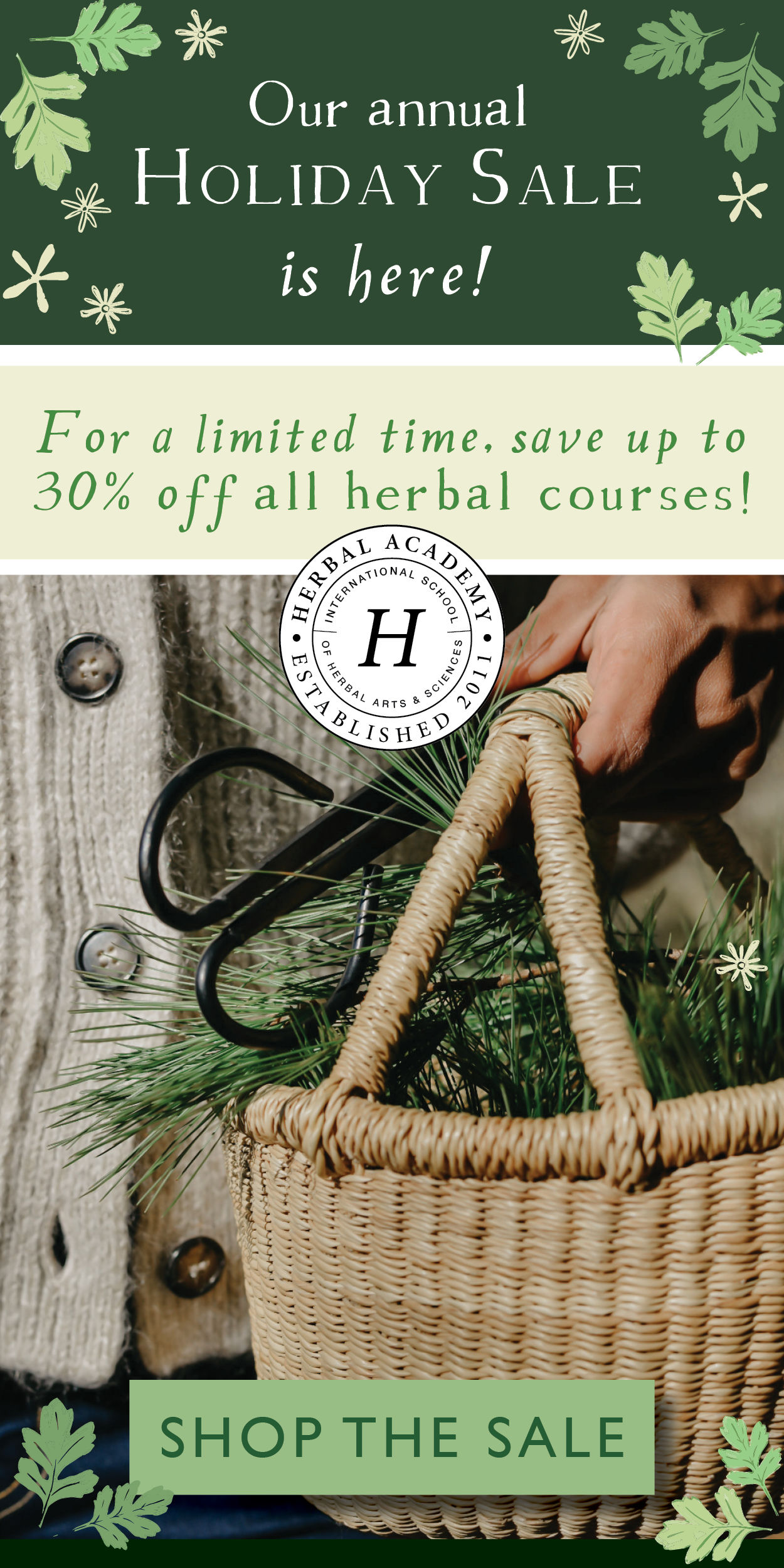 The best thing I ever did for myself was to take control of my health, and that of my family. This free ebook will help get you started!
Your information will *never* be shared or sold to a 3rd party.
10276 shares